Tui-Na is a style of Asian bodywork “the oldest known system of massage and physical therapy in the world”, (Chi Wellness Clinic) can be traced back to the Shang Dynasty of ancient China, 1700 B.C.E. Tui-Na is a unique method for relieving all types of pain issues generally anywhere in the body. This remarkably happens by using directly gentle and vigorous sustained pressure while actively impelling applied pressure. Each technique is repeated several hundreds to thousands of times over a course of appointed visits. Amount of visits are determined by the condition of an affected area.

Tui-Na Therapy stimulates the flow of Qi “chi” to promote balance and harmony within the body using many of the same principles of acupuncture. Also known as sports massage or a form of remedial therapy. “Tui” means to push and “Na” means to grasp. Joined together this creates a revitalizing therapeutic direct effect on retaining the health of your body addressing the nervous, circulatory, hormones and lymphatic systems.

Based on TCM – Traditional Chinese Medicine, this is an ancient method used for replenishing stagnant chi or energy blocked in the meridians of the human body. Using the cups increases circulation and flexibility to the tissues therefore removing the stagnant chi. This application significantly supports rapid recovery. 15-20 minutes cupping with 10-15 minutes of Tui-Na.

Focused targeted areas that need attention such as frozen shoulder, disparaging stiffness of the neck and back or strain causing pain. Uncomfortable points from sitting at a desk with poor ergonomics, or lack of movement. Application of Double Magnetic Hammers can be combined with Tui-Na or Cupping.

This is a practice developed in the 1990’s by Qigong Master Tom Tam, a Chinese born healer who discovered a way to touch and heal people through an unconventional method. Also described as distant healing. This method is done energetically using an acupuncture doll by tapping the points and meridians to help restore the flow of energy in the person’s body. Master Tam discovered this method through countless hours of practice on patients with debilitating health conditions from a distance. This method has since been

accepted and practiced by many healers, professional practitioners and doctors throughout the world.

While sitting back at your home, light energy is summoned and directed to you or your loved ones. Just lay back and experience the wave of healing energy.

What is Tai Chi Chuan?

Tai Chi Chuan is a gentle, fluid sequence of internal mindfulness and external body position patterns. Practice will strengthen your body and your mind, heal ailments, and increase your awareness and control of the life force energy called Qi (chi). As one learns well the forms of Tàijíquán or Tai Chi Chuan, it will begin to evolve into an advanced technique of self defense. The primary benefit of Tai Chi Chuan is mindfulness and optimal health.

Legends say that Tai Chi Chuan began in China by a man called Zhang Sanfeng, who called his art Neijia almost 1,800 years ago. Now, it is a common practice all over China. This practice is a martial art with slow, relaxed, and flowing movements.

The descriptive meaning of Tai-Chi is “superior-ultimate”. In other literal versions it is known as a “moving meditation” or “moving like a great river”. The word Chuan means fist”. In Chinese texts Chuan also means boxing”. Together Tai-Chi Chuan means Superior-Ultimate Shadow Boxing.

Tai Chi Chuan is ideal for those seeking gentle rehabilitative exercises for reducing tension and stress of the body. In today’s modern medicine doctors refer Tai-Chi to their clients for supporting balance and controlling anxiety. Devoted students are known to study Tai-Chi Chuan for “innate power” of your “true nature” through calmness. It is a low impact exercise that emphasizes on balance, grace, and fluidity through motion. 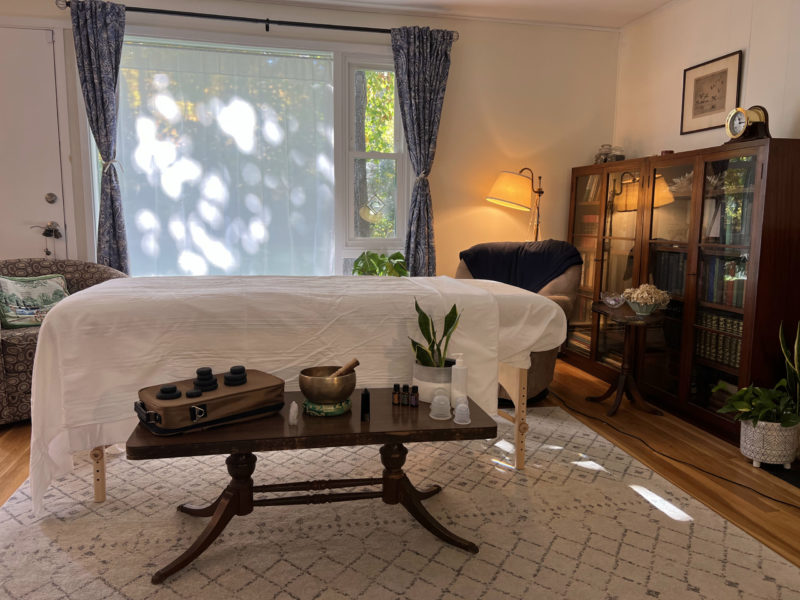 1 2 3 4 50.000 Wellness Bookmark Contact Information Salem, Massachusetts , United States 603-828-7270 seacoasttaichi@gmail.com https://seacoasttaichichuan.com/ Detailed InformationWhat is Acu-Therapy? TUI-NA THERAPY Tui-Na is a style of Asian bodywork “the oldest known system of massage and physical therapy in the world”, (Chi Wellness Clinic) can be traced back to the Shang Dynasty of ancient China, 1700 B.C.E. Tui-Na is